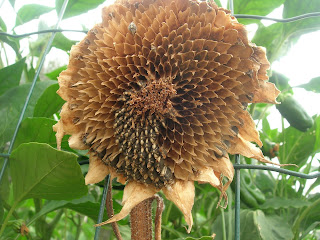 Another picture, from last summer, since I can't seem to access any of my new ones.

This is an active time of year (thank goodness it will get too hot soon to do all this work outside!) and we've been busy.

We're preparing a new rose and lilac bed, and we've had to remove so many rocks that we were able to make a fence for it.  We bought "dirt" to put in this bed (since once we removed the rocks there was little left) and it turns out to be composted manure.  I'll need to mix it with regular dirt, so we need to spend more money and wait in order to finish this job.  Eventually I'll plant seven rose bushes which will hang down over the retaining wall, and four lilacs in the back row, doing their thing in early spring and hopefully providing me with some early bouquets.

The vegetable garden is planted with close to 40 tomatoes (and Pio said he only wanted a handful this year!), lettuce, spinach, arugula, cucumbers, pumpkins, string beans, celery and...that's about it.  We may tuck a few other things into the rose bed as after all this year they'll be some space (zucchini maybe?, melons?)  Now if we can just keep the water flowing (sometimes my pump that's in the rainwater cisterns overheats) we'll be OK.   Over at the other house we have some potatoes in and we'll use these mostly to make gnocchi ,which we'll freeze and eat throughout the year (did you know that Thursdays are gnocchi day over here?  Yup, all the fresh pasta places have them on Thursdays).

We also planted 17 star jasmines, aka Confederate Jasmine (Gelsomino here) earlier this week which will climb up and cover a stone cliff we have in the back yard.  We planted one every 10 feet, so they should join together and really be nice rather quickly.  They're covered with fragrant little star-shaped flowers for months every year, stay green even in the winter, and don't require much water.  Can't ask for more than that!! 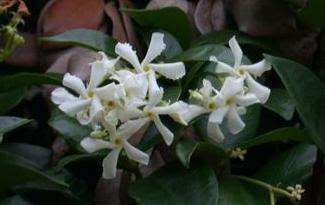 Up on that same retaining wall we have some fruit trees and planted a new lemon to replace one that died in the big freeze they had this past winter here (the orange and tangerines survived).  Rather than two lemon trees (there had been two), we put in a pomegranate also.  I love pomegranates!

Today we had three seminarians (student priests) from Rome over for lunch.  They were coming to town for a Confirmation and a meeting with the local priest, all in the afternoon, so they came early and joined us for lunch.  Pio knows them from when he drove them around to bless all  the houses for Easter.  It was a chance to show off the casareccia food we eat here... gnocchi, sauce, lamb, wine, salad, cookies, all homemade (not all in my home however!).  It was delcious, I must say.  The sheep came through to mow the lawn while they were here, and one (priest, not sheep) had a great time playing ping pong on xbox live kinnect with Dante.  They're really young (21, 22, 28), two from the USA and one from Mexico.  Nice fellows.

I was away from the blogsphere for a few days, so am spending this am catching up on blog reading. Waht a pain you are having problems with computer/photo connection, but I thoroughly enjoyed reading about your garden. I love the perfume of the Gelsomino.

Thanks for stopping by. yes, it appears there's a big problem with Picassa...it's just stopped working. We're trying to go back to a previous date when it was working and see if that fixes things, but I'm not optimistic. Ciao!

Thanks for visiting my blog. I can't believe you have that spice cabinet. Too funny! I'm envious you live in Italy. There must be so much to write about. And I LOVE star jasmine! We have it all over our yard. Love the smell drifting through the open windows and when we step outside. Always reminds me of spring and summer.

Whoops I am glad I do not depend on Picassa, although I do use it. Our kiwi plants are very old. I would not recommend you sit under a kiwi pergola, the smell from the flowers is not that great and snakes are known to like the undergrowth they produce.

Yes, I imagine your kiwis are old, if you get that many from them! Well, I don't want to waste too much time getting mine started! I was thinking of putting them over the walkway that goes around my house, walking under them, but not necessarily sitting there. A snake lives nearby (under the foundation) so s/he'll no doubt be happy...YIKES!

I LOVE reading about what others are planting in their gardens around Italy. We had a problem with getting dirt in too. Our soil is clay so we had to incorporate compost, manure and real dirt (purchased at 50 centesimi/5 gal. bucket) from the nursery. We've also had to work with a sloped surface for the garden which took lot of effort but so rewarding when you harvest that first tomato. Speaking of which...40 tomatoes! That is fantastic!

Rowena, just how fantastic those 40 tomato plants are remains to be seen. I perhaps will need to be suspended overhead in order to pick them once they grow together into one dense JUNGLE! I'm pinching and trying to keep those plants skinny...we'll see who wins! We spent over 200 Euro on DIRT/ COMPOST, for one not so big garden (25 feet by 6 feet). It's got those rose bushes and lilacs in it...and eggplants, peppers, cabbages, melon and even one plant of those round watermelons! It looks a little strange, as a rose garden, I must say, but we're maximizing use of the space and next year the roses and lilacs will actually begin to grow in, out and fill up the space. Oh, forgot to mention...the fence (had to put a fence as the sheep who graze here munch on everything)has Scarlet Runner Beans planted along it! Not sure if we'll eat them or just collect the beans as seeds for next year. Thanks for stopping by!